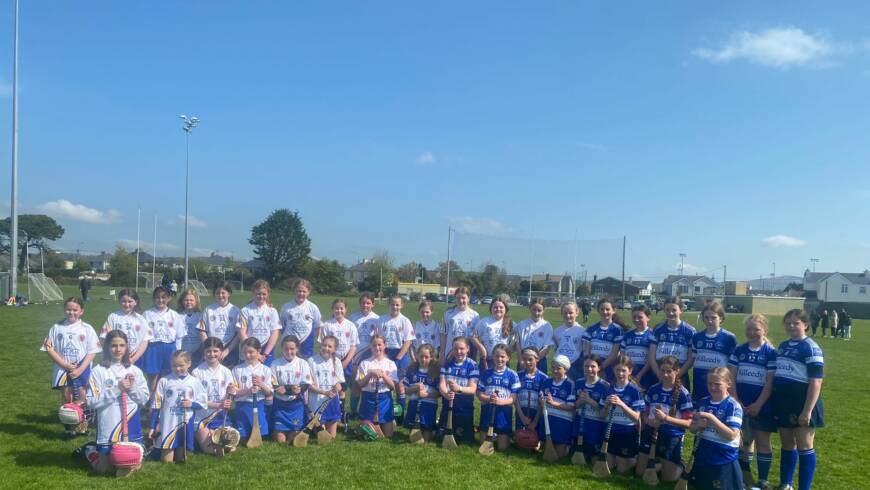 In preparation for their upcoming first match of the season the Under 7s cruised through their drills last Friday evening.  Their skills and determination were as glorious as the sun shining down on them!. Congratulations to this weeks player of the week Patrick O’Connor, well done Patrick.

The U9 Boys had a chance to put their developing skills to the test as they played hosts to Lixnaw during the week. Both sides really enjoyed the challenge.  Well done to everybody.

Tralee Parnells U9s after a testing challenge match against Lixnaw

Our U11s had a busy week as they played away to Ballyduff on Tuesday evening.  The boys put in a very spirited performance and learned a lot.  Both teams showed a much improved second half performance in their games.  Thank you to all of the parents for bringing their children to Ballyduff.  The boys then played Abbeydorney and Kilgarvan in Caherslee on Saturday evening.  Thank you to Tadhg and Rory Reen for refereeing these games. 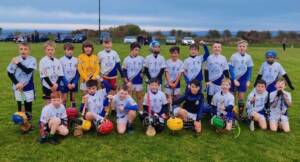 Tralee Parnells U12’s welcomed Kileedy Camogie Club to sunny Caherslee on Saturday morning for a challenge game to prepare for the league which will on Monday.  Two well matched teams battled it out to the end with fantastic camogie played by both sides. Huge improvement by all our girls, well done to all and thank you to Kileedy for making the trip to Kerry.  The players and parents enjoyed some post match hospitality in the sunshine.  Thank you to everyone that helped on the day. 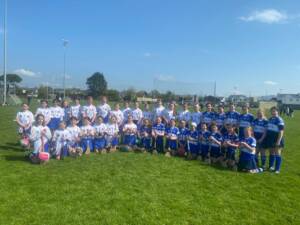 Our U13 boys put in a strong performance last week against a skilful Causeway team on Tuesday evening in Caherslee. The boys battled all the way to the finish and fully deserved to come from behind to pick up a draw.  Final score Tralee Parnells 1-06 Causeway 2-03. 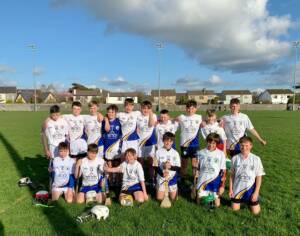 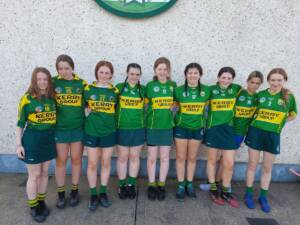 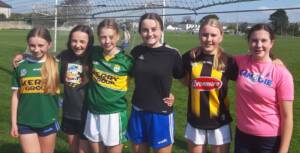 We wish the best of luck to Dan Maloney, Brian Reidy, Oisin O’Sullivan, Donnacha Buttimer and their bainisteoir Damien Kissane as they participate in the All Ireland Scór na nÓg Tráth na gCeist competition.  The final will take place in the INEC next Sunday 1st May.  The team had a convincing win in Kerry and were runners up in Munster a few weeks ago. Best of luck lads we are all shouting for you !.

Well done to the Parnells representatives and their Kerry U15 teammates who had a comprehensive win at the weekend in Carlow in the first round of the John Doyle Cup. Parnells were represented by Eoghan Costello, Cian Harris, Dan Maloney, Thomas O Connell, Jack Canty along with kitman Donnacha Buttimer. Parnells U9 and senior coach Ollie Broughton is also involved with the team. 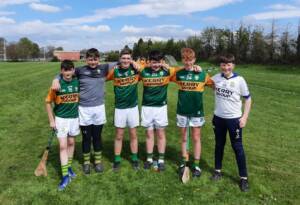 Tralee Parnells Hurling and Camogie Club would like to thank Eamon Costello (Kerry) Limited  https://www.eckerry.com/ and the Costello family, for their generous sponsorship of the water boiler recently donated to the club.  The boiler is now in regular use and especially on Friday evenings.

On an overcast Friday evening under lights in Caherslee, Tralee Parnells Senior hurlers played Abbeydorney in round 6 of the Co. Senior Hurling League. The situation looked difficult even before the ball was thrown in as injuries and exams had an impact on numbers and Parnells were able to field just the minimum 15 players.  Abbeydorney meanwhile arrived with a full complement of players.

The visitors started strongly with Parnells having little possession and time on the ball. Abbeydorney scored early and lead by 5 points before Gearoid O’Doherty (Doc) scored two frees in quick succession. However, Parnells conceded two frees shortly afterwards both of which were converted.  In the second quarter Parnells began to settle into the game and gained more possession where some good teamwork led to points from play from Cillian Litchfield and Doc.  At half time Abbeydorney lead by 12 points to 5. Only for some excellent defensive work and goalkeeping the gap would have been a lot greater.

The home team started well in the second half with points from play from Darragh Reen and Doc and an Abbeydorney shot at goal deflected over for a point.  However, from here the visitors went on to win a lot of loose ball and scored a number of points from play.  The visitors were hungry for a goal and sent further shots at the net only to be denied by Mark Ryall.  Parnells were also denied a number of goal opportunities in this half.  Unfortunately this was another defeat for the team but a real positive was the excellent defensive work and a man of the match performance by goalie Mark Ryall who kept a clean sheet. Parnells will be at home again next Friday night as they take on Causeway.

Tralee Parnells Junior team got their Div 3 Co League campaign up and running last Wednesday evening in Caherslee, with a match vs Dr Crokes B, in a game that also doubled up as a South Kerry League fixture. Parnells welcomed back a lot of players that for various reasons hadn’t hurled in a while and it was ultimately that lack of hurling that resulted in defeat to a fitter Crokes team. It was particularly pleasing to see some of our minor players from last year, Gary Lynch and Luke Benson, lining out. In fact, Gary got on the scoresheet with a well taken goal. We have a bye in the next round so hopefully with some training under the belt, the lads will be raring to go for the next match.