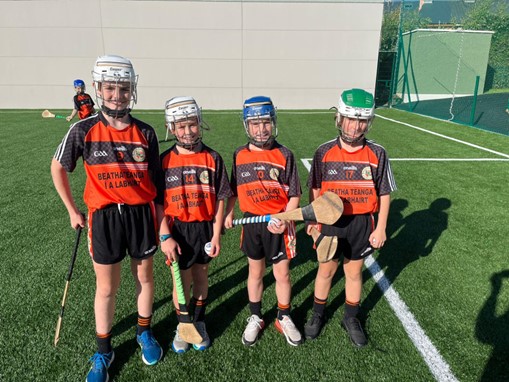 Last Monday morning was a proud morning for the club as Minister for Education Norma Foley officially opened the brand new wing of Gaelscoil Mhic Easmainn (GSME) as well as a new astroturf facility and ball wall, the first and only ball wall in the town of Tralee. Tralee Parnells, along with Na Gaeil, jointly supported the Sports Capital Grant application for the new astroturf and ball wall facility in early 2021. The application was successful and with the completion of the facility, the club will have full access to the ball wall outside of school hours. This will be a great addition the club and provide an opportunity for all players to practice their skills year-round. Final details are being worked out with GSME, but it is hoped that the wall will be available to use at weekends within a few months. Plans are being worked out to install lighting on site so the wall can be used during the winter months. At the official opening, pupils of GSME and Tralee Parnells Academy members Danny Brick, Michael Broughton, Adam Quill and Conor Reidy had the honour of being the first players to use the new ball wall and show off their skills to the Minister. Well done boys and hopefully you are the first of many Parnells girls and boys that get to use this fantastic facility. 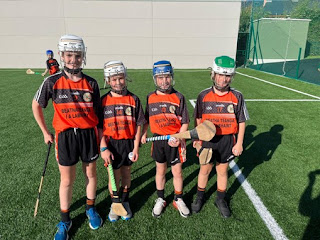 The first night of the Tom Healy Tournament took place on Friday night in Abbeydorney.  Tralee Parnells had wins over the other teams in their group, Kilmoyley and Knockaderry.  The boys then faced Firies in the play-offs and again came out on top.  The team are now through to the semi final stage of the tournament on the 4th November.  Well done boys. 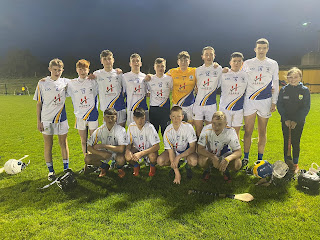 The club AGM will take place on Friday 18th November 2022 at 7:30 pm in Kerins O’Rahilys Clubhouse.  All members are urged to volunteer for positions on the Executive Committee for 2023. Involvement in the club is essential for its future. As Tralee Parnells is a Juvenile and Senior Club in both Hurling and Camogie there are a lot of positions to be filled.  Notice of motions for the AGM and nominations of registered members to serve as an Executive Officer can be made by any registered full member by contacting the secretary Natalie Hennessy at secretary.traleeparnells.kerry@gaa.ie.  Full details are available via the Clubforce app.

The next draw will take place on Monday evening of this week at 8pm. For just €5 you can be in with three chances of winning the jackpot of €1000.  Two lucky dip winners will receive €25 each.  Play via the Clubforce app or follow the link at https://traleeparnells.gaa.ie. All support is greatly appreciated, thank you