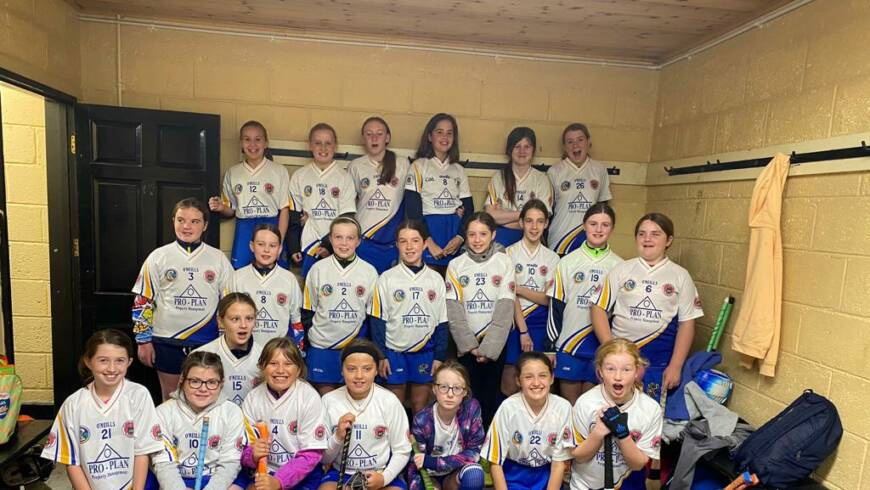 The under 7s completed their penultimate training session for this season last Friday.  The boys were in high spirits as they completed their drills which have become so familiar to them. With some of our young players only beginning their hurling career this season, the level of skill and determination that they now have is a sight to behold.  Congratulations to this weeks players of the week; Thomas Boyle and Éanna Sheehan, well done boys. We look forward to seeing a full turn out next Friday 14th October in Caherslee for the last session of the year.
Under 12 Camogie
The U12 girls had a fantastic end to a great season on Saturday in Caherslee.  Although the weather wasn’t on their side, they fielded an U11 and an U12 side to play two strong Kileedy sides. The girls were a bit rusty due to lack of recent training but they all put in a huge effort.  The day finished off with a trip to Bowling Buddies and some food. Many thanks to Kileedy for traveling and to all the players for playing in such miserable conditions.  We wish all of the players moving up to U14s the best of luck for next season! 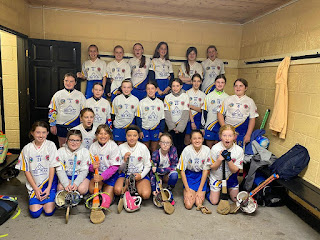 Tralee Parnells U12 Camogie Blue and Amber teams after playing their final matches of the season against a very competitive Kileedy squad
North Kerry Hurling
It was a good day out for our under 13 and 16 hurlers on Saturday in their North Kerry games. In round three of the U16B North Kerry League the boys played Causeway away in ideal conditions. The team put in a great hard-working display from start to finish, showing great support for each other. Overall, it was a good squad performance. Final score: Tralee Parnell’s 5 – 12 Causeway 1 – 6.  The boys will now meet Ballyheigue in the final.
After a disappointing display against Crotta last week the U13 boys bounced back well on Saturday as they met St Brendans in the U13 North Kerry Championship. Their work rate, support play and all-round skill level was much better.  Final score: Tralee Parnell’s 4-12 St Brendan’s 0-2.  Their next match will be against Kilmoyley. 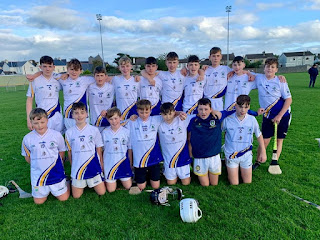 Tralee Parnells U13s who defeated St Brendans in the North Kerry U13 Championship
AGM
The club AGM will take place on Friday 18th November 2022 at 7:30 pm in Kerins O’Rahilys Clubhouse.  All members are urged to volunteer for positions on the Executive Committee for 2023. Involvement in the club is essential for its future. As Tralee Parnells is a Juvenile and Senior Club in both Hurling and Camogie there are a lot of positions to be filled.  Notice of motions for the AGM and nominations of registered members to serve as an Executive Officer can be made by any registered full member by contacting the secretary Natalie Hennessy at secretary.traleeparnells.kerry@gaa.ie.
Lotto
The next draw will take place on Monday evening of this week at 8pm. For just €5 you can be in with three chances of having the winning combination for the jackpot.  Two luck dip winners will receive €25 each.  Play via the Clubforce app or follow the link at https://traleeparnells.gaa.ie. All support is greatly appreciated, thank you
Sympathy
Tralee Parnells Hurling and Camogie Club would like to extend our deepest sympathies to John Joe and Finbar Canty on their recent bereavement.  Ar dheis Dé go raibh a h-anam dílís.