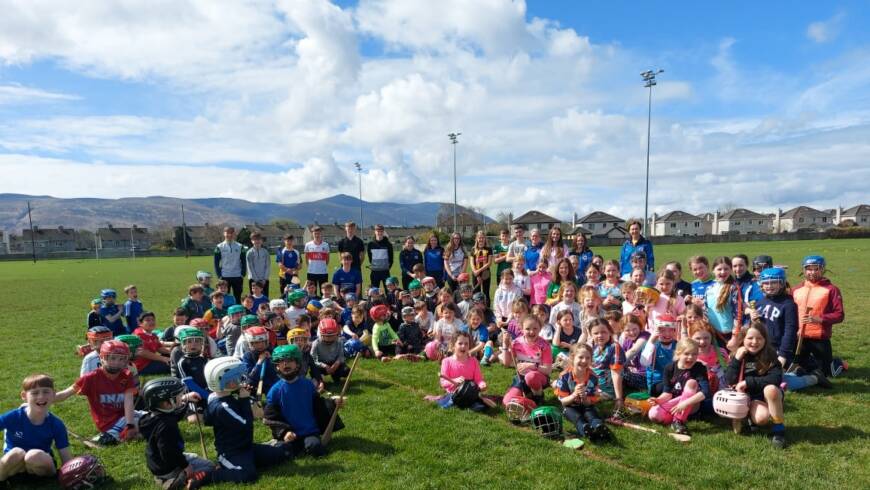 Easter Camp
Despite the bad weather on Monday we had a very successful Easter Camp last week. We had a full house with over 100 children in attendance. It was great to see so many non-members coming along to try out hurling. A number of special guests dropped in over the three days including Kerry camogie superstar Patrice Diggins. Former Kilmoyley and Kerry Hurler and current Kerry camogie manager Ian Brick was also there. Our own Senior hurler Darragh Reen also dropped in with some tips and advise for the participants. The club would like to say a word of thanks to various people who helped to make this such a success. Thank you to Colm O’Brien GDA for his guidance and skills and for lending equipment over the course of the three days. Thank you to the older players and coaches who volunteered their time to coach the children. Thank you to CLD Accountants whose generous sponsorship helped us to host this camp for free to mark our 10 year anniversary. Finally, thank you to David Brick for organising and promoting the camp. 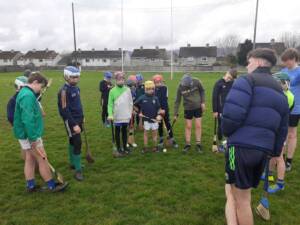 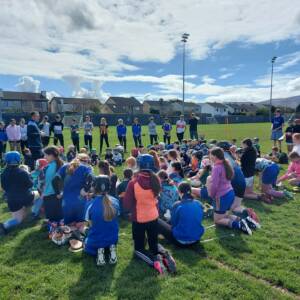 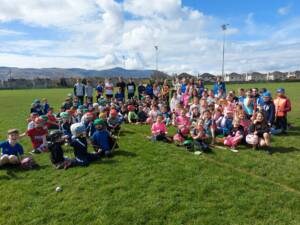 U7 Boys
Following the success of the Tralee Parnells Easter camp the under 7s welcomed some new players into the ranks last Friday, with the sun blazing down on them our young players battled through an intense warm up followed by a run through the drills and ending with some very exciting hurling matches. Well done to all, the energy levels were through the roof. Congratulations to this weeks player of the week Kate Kelly, well done Kate. A big thanks to our ever present youth coaches, thank you so much for the time and experience you give us. We couldn’t do it without you.

U12 Camogie
Our U12 girls had a fantastic start to the season as they hosted Cillard for their first challenge game of the season. After a great performance by all the girls with a lot of skill on display they ran out eventual winners. Thank you also to all the parents that helped and came along to support. Well done to all.

This Round 5 county league match on Easter Sunday was played in heavy conditions with downpours in both halves. Unlike previous matches Parnells had several of its Kerry contingent available so hopes were high for a performance and even a repeat of the previous year’s memorable result. Alas this was not to be.

From the outset our lads had to contend with an obviously hungry St Brendans having little time on the ball and often on the back foot and surviving on less of the possession. Despite this there was only a 3 point gap at half time. 0.9 to 0.6. Doc and Darragh shared the scoring. Jack Doyle was showing his usual energy and Cathal Dunne fielding well.

The second half was dominant for St Brendans with Parnells struggling to get fluency. A goal line save along with brave defending by Mark Reale held out. Other positives included Cathal Dunnes fielding, work rate from Jack Doyle, ball winning ability from young Cillian Litchfield and hard working and effective Ciaran Breen who was lucky not to be seriously injured in a passage of rough play.