By protraleeparnells Tue 10th May 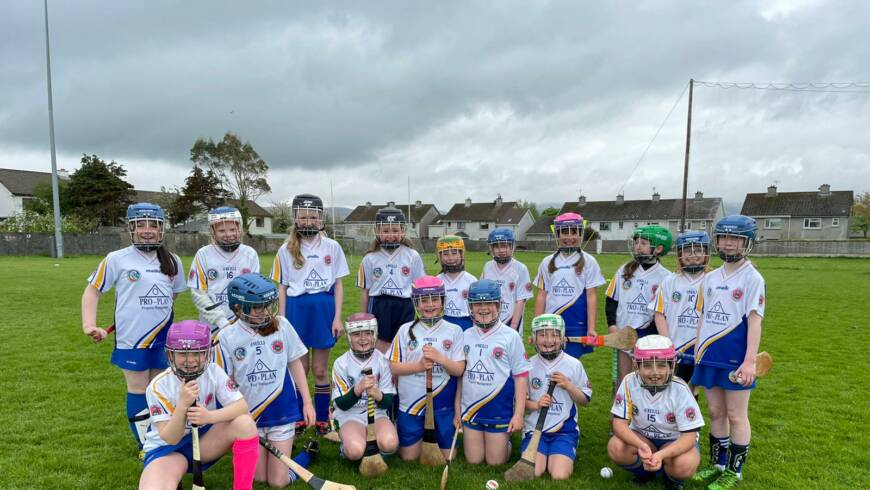 Following a preparation training session on Friday night Tralee Parnells under 7’s hosted Ballyheigue in Caherslee last Saturday morning.  It was a glorious day for hurling and our boys were intent on showing manager David Lucid that they were more than a match for his native Ballyheigue. Fielding three teams, our young heroes did us proud, following every instruction, fighting for every ball, the coaches couldn’t have asked for any more. Well done boys.  Congratulations to this weeks players of the week Shay Brosnan and Rohan DSouza Gill, well done to you both.

Tralee Parnells hosted their first Camogie blitz in two years in Caherslee on the May Bank Holiday Monday. There were U10, U8 & U6 teams from Abbeykilix, Killarney and Cillard.  A fantastic morning of Camogie was had by all. Thanks to our Tralee Parnells youth referees and Tommy Guerin. A special thank you to Mike McCarthy for refereeing and helping with the organizing of the blitz and setup on the day. Thank you also to everyone who brought lovely treats for the players and for making the teas & coffees. 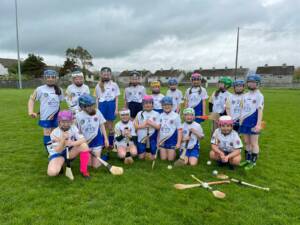 Our U12 Blue team had a tough league game away to a very strong Ballyduff side during the week. Unfortunately things didn’t go our way on the night and we had a lot of missed chances. Hopefully we will learn from this experience. Congratulations to Ballyduff on a well deserved win.  Our U12 Amber team were also away as they travelled to Lixnaw to play Abbeykillix. The girls battled well throughout the match and didn’t let their heads drop once. Congrats to Abbeykillix who deserved their victory. A big thank you to the u10 girls who took part despite having played in a blitz that morning. Well done all.

Our U15s have secured a home game for the Lee Strand Féile na nGael Semi Final where they will play Crotta O’Neills tonight (Monday evening) at 6:30pm.  Best of luck lads.

Rathmore: 1-7 Tralee Parnells: 2-9.  The 2022 county league opened up with a tough away round one match to the east Kerry side. The build up to the match was marked by the unavailability of many key players and it looked like we wouldn’t reach the minimum number. Thankfully, we had sixteen players. This team had been preparing twice a week since late January including three challenge games, so we were well prepared. Ódhran Kerins, who was carrying an injury answered the call to debutise in goal for the injured Cian Harris. The full back line of William O Donoghue, with his long solo runs, John Joe Hanafin, with his hand of glue, and Ben Cullinan, who played the game of his life were totally solid. Barry Hamilton in his new wing back position made several trademark runs deep into the opposition causing havoc. Captain Rory Reen at centre back had a great battle with Rathmore’s strongest player. His Kerry minor training stood out. The classy Dan Maloney played a lot of ball. In midfield, the multi-talented Peter Doyle made his comeback and scored the decisive goal in the second half driving forward to find space and driving hard and low into the bottom corner. This was at a time when Rathmore were threatening to overtake us. His partner, Oisín O Sullivan was unnerring from frees. Wing forward Dylan Cunningham’s high and long puck opened up our account when his shot beat the Rathmore keeper. Óran Murphy had some classy points in the first half. Mark lynch made his competitive debut and is showing great progress. The full forward line of Sean Naughton, new hurler and second debutant Diarmuid Galvin, who is steadily improving, and Donncha Buttimer all had some fine moments. Jack Canty came on in the second half and was integral to setting up the winning goal. On a disappointing note, Rathmore explained that sadly, their numbers would not allow them to field at u17 level again next year, but at the younger age groups, they are thriving. Round two of the county league next Sunday 8th of May is a home Match vs. Abbeydorney

To commemorate the 10th anniversary of the re-establishment of Tralee Parnells Hurling & Camogie Club, the club is delighted to offer all of our players a unique design training top to be worn proudly when representing Tralee Parnells.  These O’Neills jerseys will not be made available elsewhere and will not be repeated, so get your order in now. Childrens jerseys cost will €30 while Youth and Adult jerseys will cost €35.  Many thanks to Kellihers Toyota dealer and the Kerry Wedding store for sponsoring the jerseys. The last orders will be taken on Saturday 14th of May at 9pm. Use this link to place your order: https://tinyurl.com/yckvawft

The Parnells Summer camp for boys and girls aged 5 to 13 will run from Monday 18th to Thursday 21st of July, 10 to 1pm. Watch our social media pages where the booking details will available in the coming days.

Our Junior team gained their first points of their Co. League campaign when they defeated Duagh in their Division 3 match in Caherslee last Wednesday evening. As Duagh were short a few players, the match was played as 13-a-side. Duagh actually got off to a flying start and had 1-1 on the scoreboard within 5 minutes. However, Parnells gradually got into their rythym and were starting to use the extra space to their benefit. The inside forward line of Darragh Maloney and Eddie Sheehy, who was returning after a long-term injury, proved a handful for the Duagh defence. They both kept the scoreboard ticking over and Maloney, before he had to retire injured, had 2 goals to his name and could have had a few more. The third goal was provided by Jerome Daly who was always a threat from midfield as he covered an acre of ground. Paul Daly was accurate as usual from frees. After the initial Duagh scoring burst, the Parnells defence were in complete control and ensured an excellent supply of ball to the forwards. Duagh finished the game with 11 players after a number of unsavoury incidents resulted in 2 of their players seeing red. A pleasing result for all involved. Next up is an away match to Rathmore next Wednesday. Team: D. Brennan T. Kelliher S. Morrissey S. Ryan P. Daly J. Downey A. Morrissey J. Daly B. Lyons S. O’Neill C. Larkin D. Maloney E. Sheehy Subs used: G. Lynch, L. Benson, S. Urquhart, D. Cooney

Kilmoyley 4-11 Tralee Parnells 0-7
Our Senior team played their penultimate Co. League match last Friday away to the County champions. What was always going to be a tough ask was made even harder by the unavailability of all 6 Parnells Kerry panellists as well as players away at college. Of the 15 players togged out, many had lined out for the B team just 2 nights previously. The Parnells lads fought hard from the outset but Kilmoyley gradually got on top, with good running off the shoulder. They eventually found the net after 10 minutes and by half time had raised another 3 green flags. The second half was a much tighter affair with Parnells upping their game and with Andrew Morrissey acting as sweeper, Kilmoyley found it much harder to break down the Parnells defence. Parnells were able to get the scoreboard ticking over with good points from Gearoid O’Doherty from frees and play and a fine ’65 from Cillian Litchfield. Declan Cooney, on his first appearance for the Senior team, also got a fine point from play. Parnells play their final Co. League game next Friday evening in Caherslee against Ballyheigue. Team: M. Ryall, J. Doyle T. Kelliher S. Morrissey, D. Maloney R. O’Sullivan S. Urquhart, E. Sheehy C. Litchfield (0-2, 0-1 65), A. Morrissey T. Reen B. Lyons, S. Ryan G. O’Doherty (0-4, 0-2F) D Cooney (0-1)